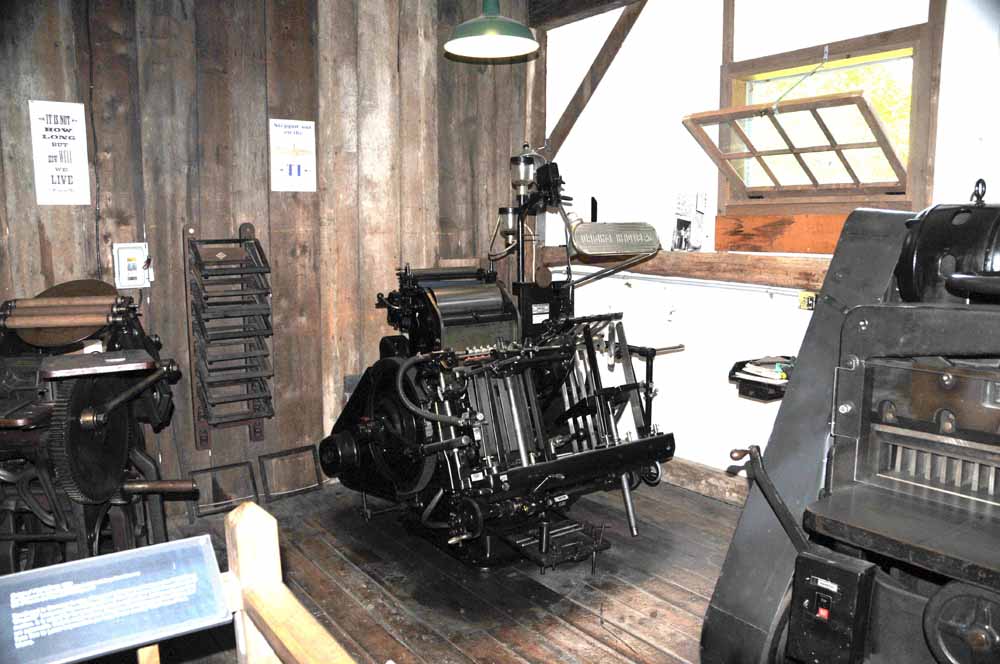 The theme for this challenge is Industrial and the invention of the printing press in 1450 by Gutenberg, brought the printed word to the population.

My favourite museum to visit is the Shelburne Museum in Vermont.  I enthusiastically tell everyone about it and have made my way to Shelburne five times.  The museum is more than just amazing place. It has a vast collection of Americana, the largest in the world.  (I will do a post or two in the future)

There amongst all the buildings, is a printing press collecton with about 10 or twelve printing presses, several still in use.  Printed handouts are given as souvenirs to visitors to take with them.  (I now wish I had taken more photos of the machines when I was there.)

In the featured photo, you can see several broadsides placed on the wall behind one of the presses. Broadsides, were printed on one side and on cheap paper as they were fully intended to be thrown out after being read. The information printed, was handed out to inform the public on events, proclamations and as a form of advertising. The Declaration of Independence, was printed on a broadside on July 4, 1776, known as the Dunlap Broadside. There were estimated to be 200 copies made.

To see the small presses in use at Shelburne, was more than just a passing interest for me. My father was in the printing industry all his life. He owned his own company and in his day, everything was done in house, from designing catalogues, commissioning artists to do paintings which became Christmas cards and calendars, laying out books for authors and then printing them, designing logos for companies, to fine art prints which today are sought after.  That was when the workweek was six days.

Growing up around my father with his involvement in the printing industry and spending many Saturdays at the plant watching some of the employees at their craft, gave me an appreciation of the value of vintage printed ephemera.

This photo below shows an original broadside from my collection that was printed in 1883, an advertisement for a mens clothing (furnishing) store in Toronto. This would have been printed on the smaller presses similar to the ones found at Shelburne. I made it large so that you can actually read it if you want to. 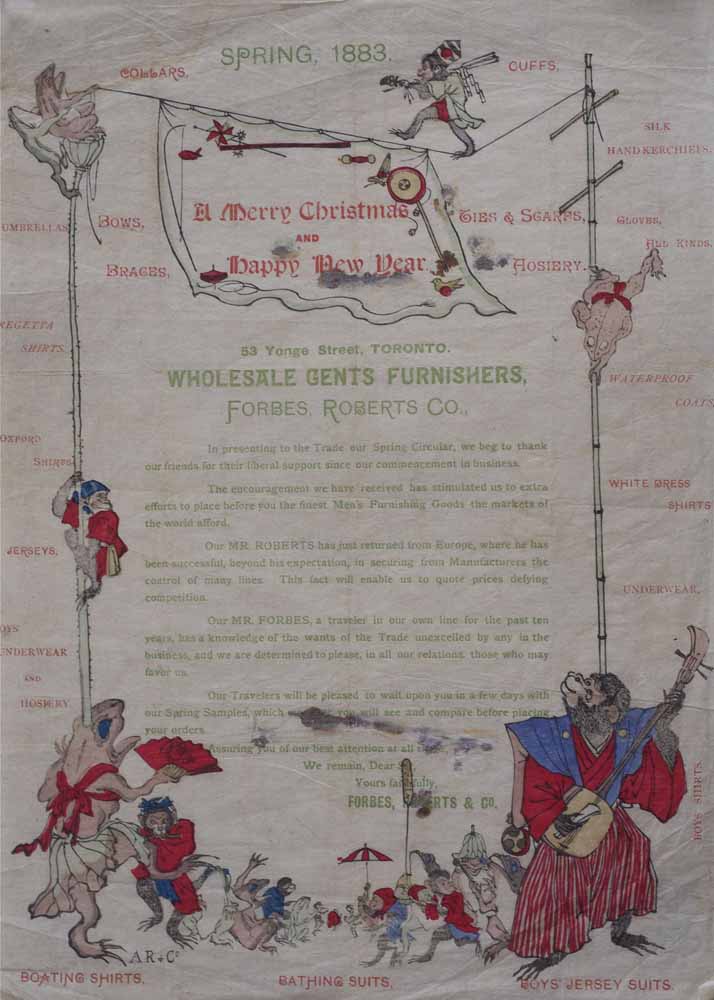 This advertising was for Forbes, Roberts & Co. – Wholesale Gents Furnishings (mens clothing). I love the colourful characters they used on this advertising, sure to catch your attention.

Hope you enjoyed my little post for this challenge…… Have you ever been to Shelburne Museum?

The Circus is Coming…

Beware of the Grizzlies!

One thought on “A Word A Week Photography Challenge: Industrial”