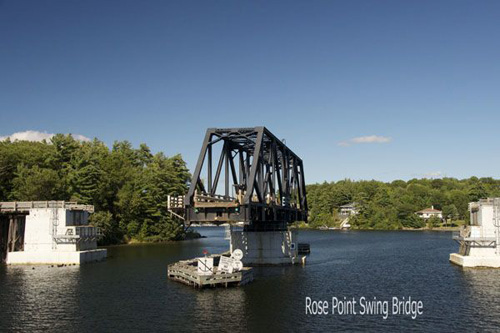 Bridges are so much fun. There are so many different kinds. I have added a second post for this Cee’s Fun Foto Challenge: Bridges theme because I have several bridges that I really wanted to show.

Originally built in 1887 it was replaced by this current one in 1912. Built for the railroad, it was later modified for vehicles. The rails were removed in 1989.  The bridge is still used and swings open up for  boat traffic that needs to pass. (Wikipedia)

RAINBOW BRIDGE ACROSS THE NIAGARA RIVER, CONNECTING USA AND CANADA

NOTICE THE FALLS IN THE BACKGROUND?

THE AMAZING MONTMORENCY FALLS , QUEBEC WITH ITS OWN WALKING BRIDGE