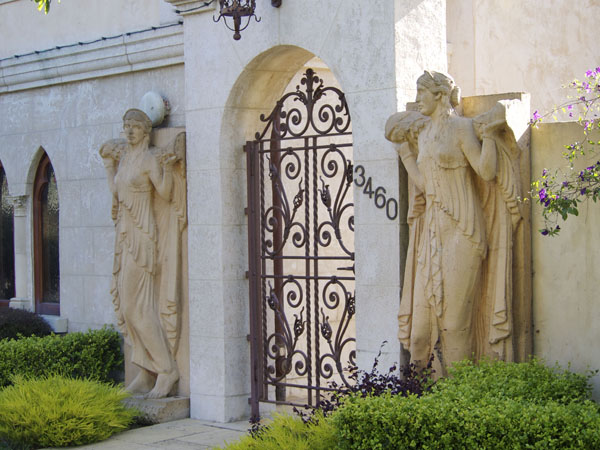 Where’s My Backpack has the sculpture theme this week. The following were found in a recent trip to San Francisco.

The featured photo happens to be a private residence near where we parked to see the Palace of Fine Arts. The owner had chosen the Neo Classical theme of the palace for his house.   What a wonderful idea.  The place was stunning. 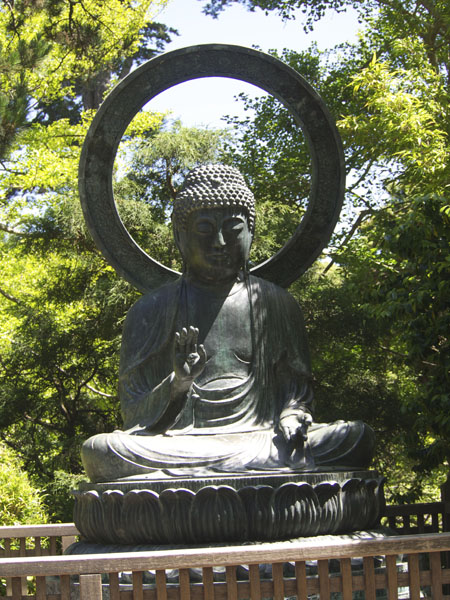 The bronze statue was cast in 1790 in Japan for a temple. Buddha means the Enlightened One.  The statue was brought to U.S.A  in 1949 and was presented to the Japanese Tea Garden, in Golden Gate Park, by the Gump Co. of San Francisco. 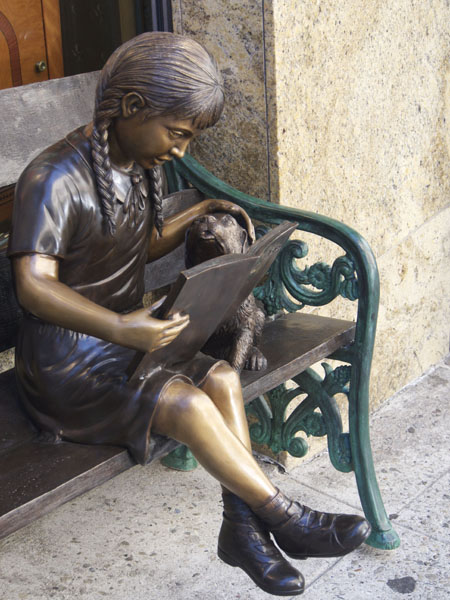 This little girl with her puppy is not quite in the same league as the first two. I saw her sitting outside a store (for sale)  and since I couldn’t take her home with me, I did the next best thing.

2 thoughts on “Travel Them: Sculpture”