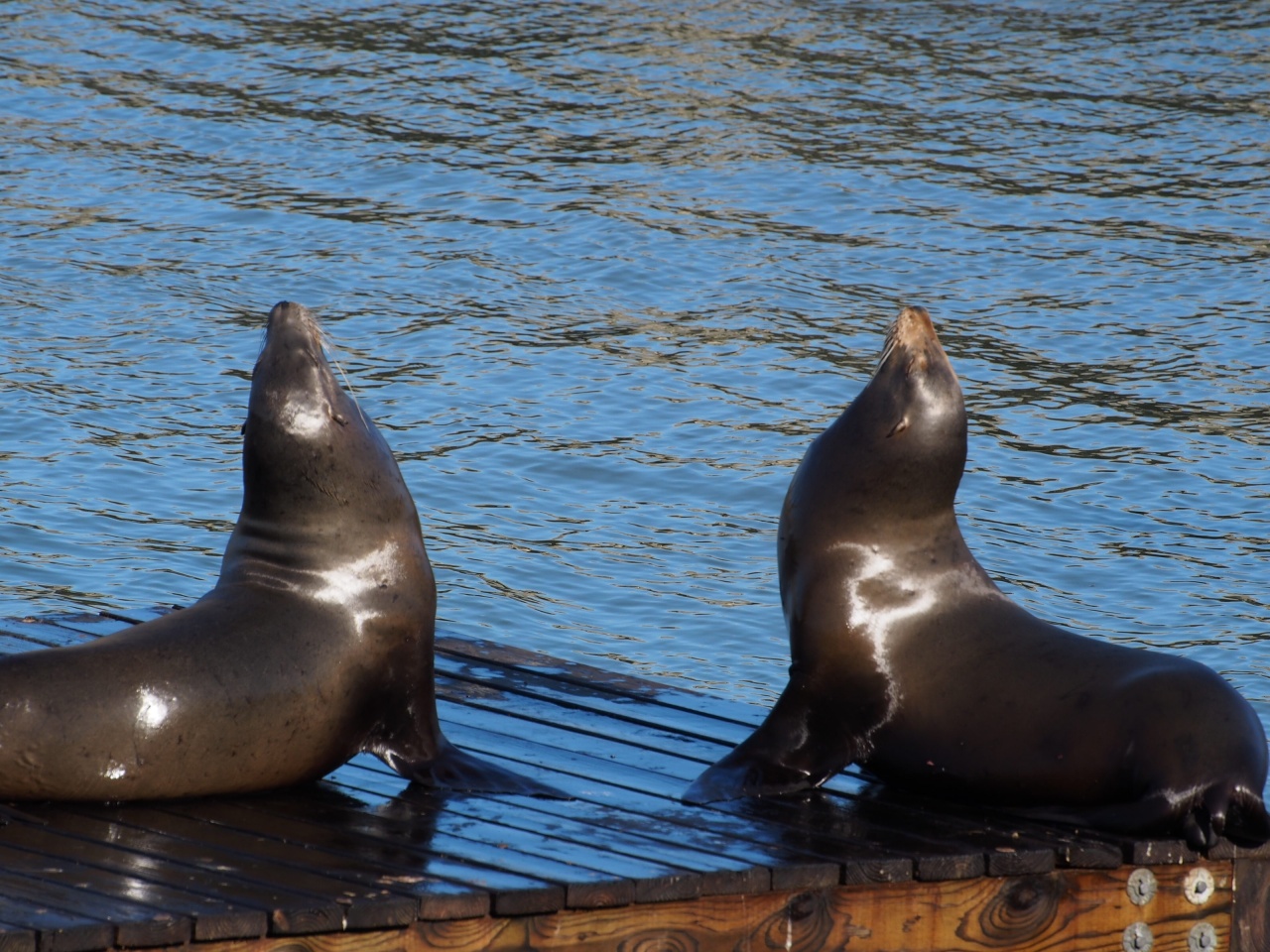 The San Francisco mornings tend to be a little cool,but we were off bright and early to get  breakfast at, what is beginning to be our favourite eatery.

Batteries recharged, we took the cable car out to Fisherman’s Wharf. This has to be the best time to go there.  Warm morning sunshine, few tourists,(the stores are not yet open) so no crowds and the world seems at peace….. 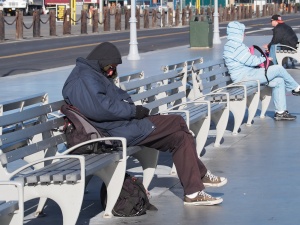 The sea lions were the highlight of this venture with no doubt.  We focused in on one little family scene quickly as they were the closest to us.

Mum, Dad and two little ones,  all curled up on the wharf.  The occasional sea lion would challenge the family by trying to get up on deck, but the huge male would send out a warning that could not be ignored! 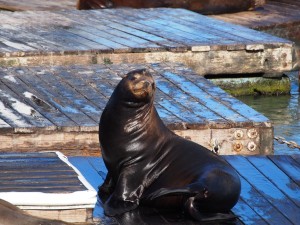 The docks were built for the boats in the marina, but the seals took over,  so new slips were built and they made the old decks a tourist attraction.

It was fascinating to watch them play in and out of water!

Across the bay is the infamous Alcatraz.  I never realized just how close it actually is to the mainland. 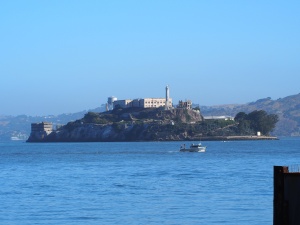 We stopped at Boudin’s for treat of  sourdough waffles piled high with whipping cream and berries.  I was going to take a picture of it but forgot until half way through!  We are going back for sure now as we need to have that photo! 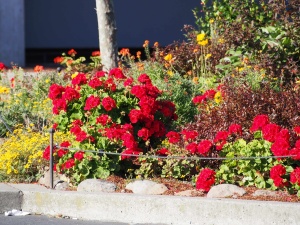 Taking a different cable car route, we headed back into town to continue with our day.  Early morning is definitely the time to travel around by cable car.

More to come…..Thanks for visiting……